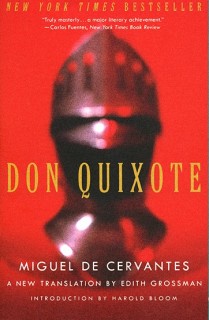 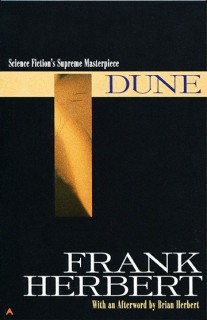 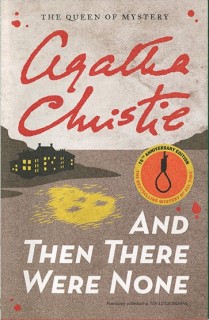 Don Quixote Discussion & Film
Varina Library
September 08, 2:00 pm
Arguably the most important work of Spanish literature, and one of the first novels ever written, Don Quixote tells the tragic and humorous tale of a man on an epic quest to revive chivalry and bring justice to the world. After the book discussion, stay for a film screening of Man of La Mancha, starring Peter O'Toole and Sophia Loren.

Dune Discussion
Fairfield Library
September 12, 7:00 pm
One of the best selling science fiction novels of all time, Dune tells the tale of an interstellar, feudal society of the future. Paul Atreides is a member of the noble family which has accepted stewardship of the desert planet Arrakis. As the only source of the most valuable substance in the universe, control of this planet is both enviable and dangerous.

And Then There Were None Discussion & Escape Room
Twin Hickory Library
September 26, 7:00 pm
One of the best selling books of all time, and considered one of her best mysteries, Agatha Christie tells the tale of a group of ten people lured to a mansion on a remote island. One by one, they die...but who is the murderer? After the discussion, participants will have the opportunity to try our escape room adventure.We'll hunt for clues and solve puzzles to escape a sinister mansion.

Frankenstein Discussion
Libbie Mill Library
October 16, 1:00 pm and 7:00 pm
This classic horror novel tells the tale of Victor Frankenstein, a scientist obsessed with learning how to bring lifeless creatures alive. With his assistant, he assembles a human body by stealing various parts, and his experiment proves successful. Confused, isolated, and angry, Frankenstein's monster seeks revenge against the madman who created him.

​Whether you are passionate about Frank Herbert's fierce sandworms of Arakis, mesmerized by Agatha Christie's stunning thriller, or just looking for a great book discussion to join in on, we'd love to know your thoughts.

​Don't forget to fill out your reading lists for our Great American Read prize drawing in October! If you've read titles from The Great American Read's list of 100, you could win prizes one of five prizes valued at $200! Learn more about how to enter and win here.